Guys. Some things turn out better than you had planned. And that’s just the best. This driftwood garland is one of those things… I can’t get enough. I have it hung above my bed right now and it just looks so lovely on the navy walls- I’m in love. I’ve got a video tutorial for this one (and photo tutorial below). If you remember last week I revealed my big secret that I’ve started doing some short video DIYs for the local Shaw channel here and this is the second one! Here’s the first one if you missed it! 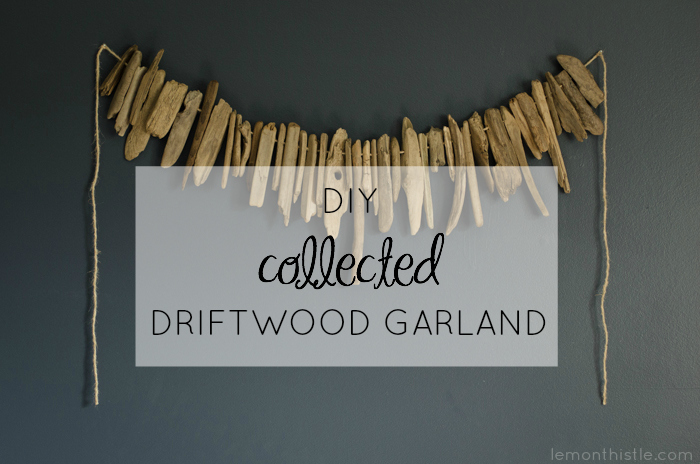 So let’s start with the video and then I’ll walk you through step by step with pictures. And if you caught it, I said in the video I’m hanging it in my dining room- but then I tried it on the navy in our bedroom and couldn’t go back. So this video makes a liar out of me.

Isn’t it so easy? I would have made this guy a long time ago had I known. Anyways. Here’s what you’ll need to make your own:

So after you’ve found your driftwood (if you’re local I recommend hitting Kamloops lake) you need to clean it! Use a stiff brush and clean off anything that’s loose. Then seal it in a ziploc baggy and stick it in the sun for 24 hours. This is supposed to kill anything that could be living in there. Yuck. I then brushed mine off again to make sure. 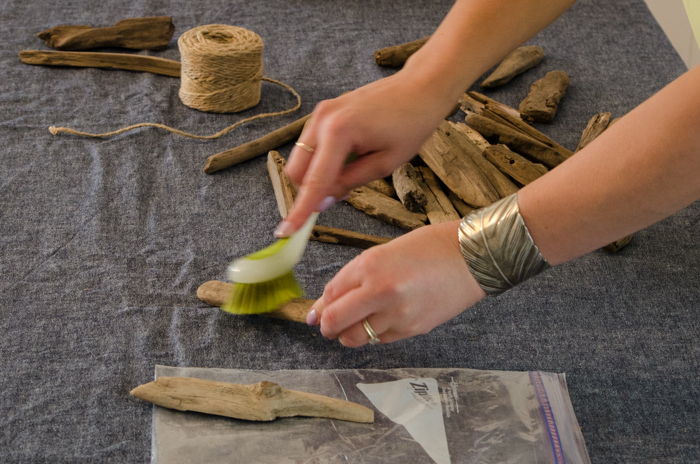 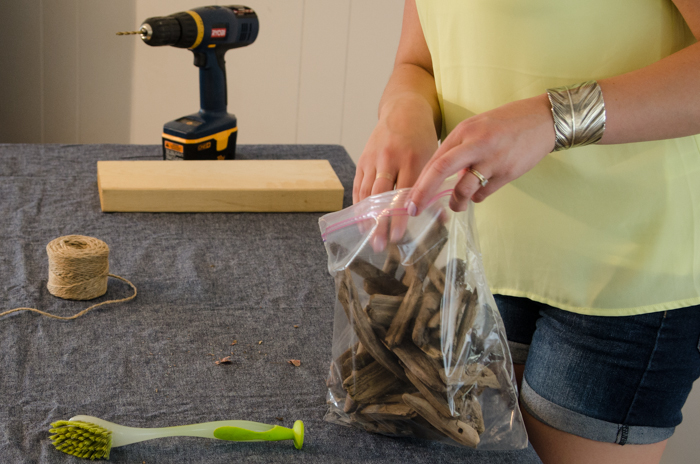 Then start drilling! I found drilling the smaller ones on an angle worked better than straight through (which split the wood). Apply gentle pressure as you drill through and you shouldn’t have too much troubles. Once you’ve drilled through, you can start threading them onto twine, just like beads. I found I needed to tape my twine to keep it from fraying when I was doing this. Keep threading them on, varying the sizes and shapes so you have an interesting garland to look at. 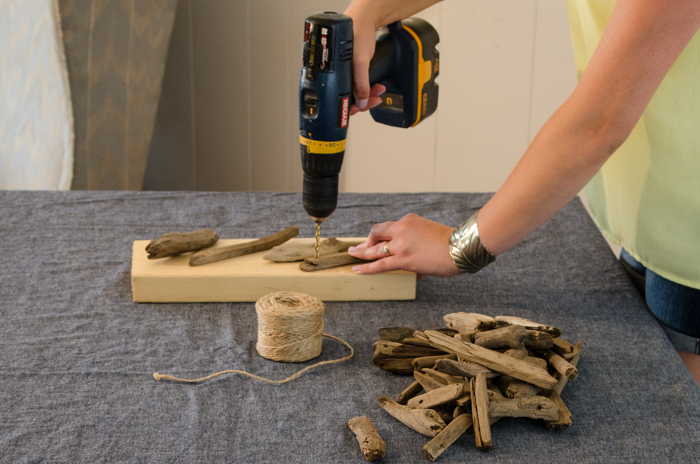 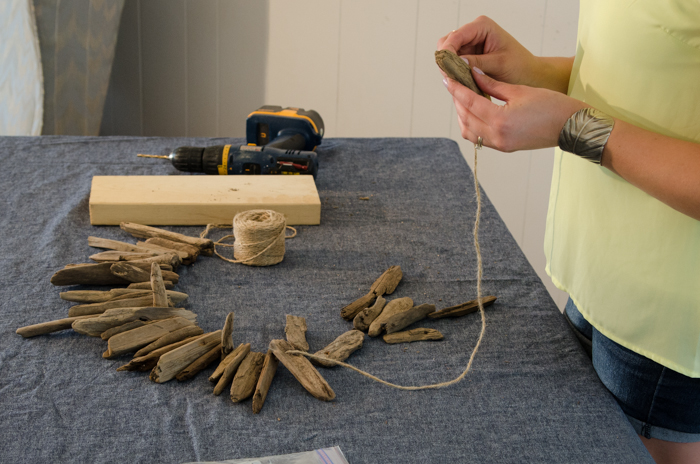 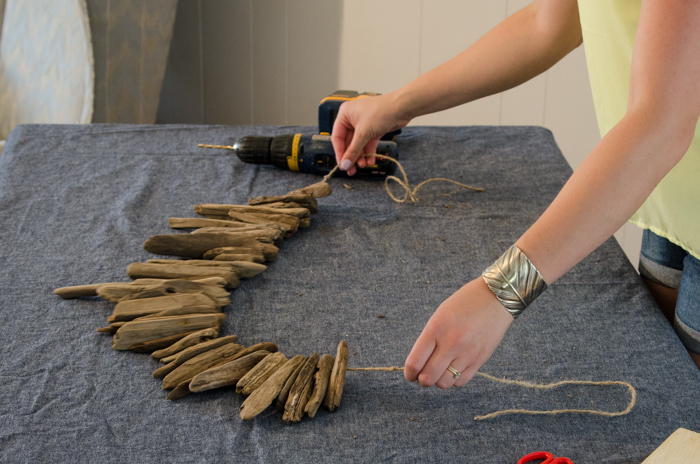 Once they’re all on, you’re pretty much done (if you want to be). You could tie knots in between the pieces to space them out and make a longer piece of garland. I liked the way they looked all together so just tied knots in the ends of my twine to keep them from sliding off. I hung it on my wall with two small nails and used those knots to hang it. 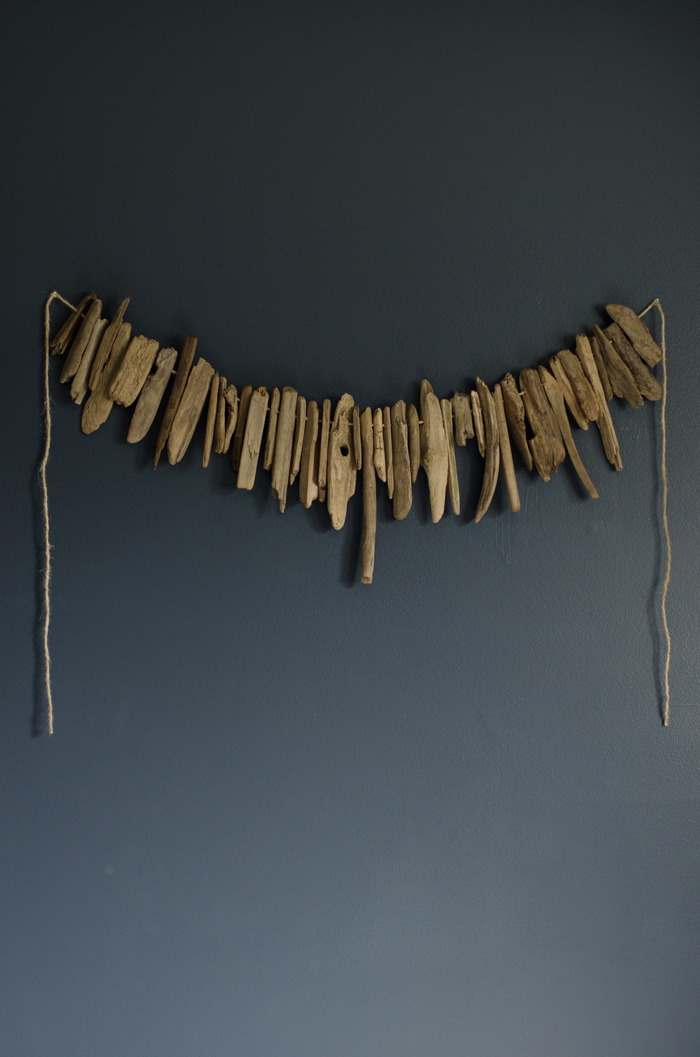 So- ridiculously simple, right? I thought so. I think it would look awesome at a rustic party or a beachy themed party. Or by a pool! Is this something you would make? Do you have places to find driftwood in your area? Same as last time… If you liked it, would you tweet Shaw and tell them? I’d love if they kept inviting me back :)