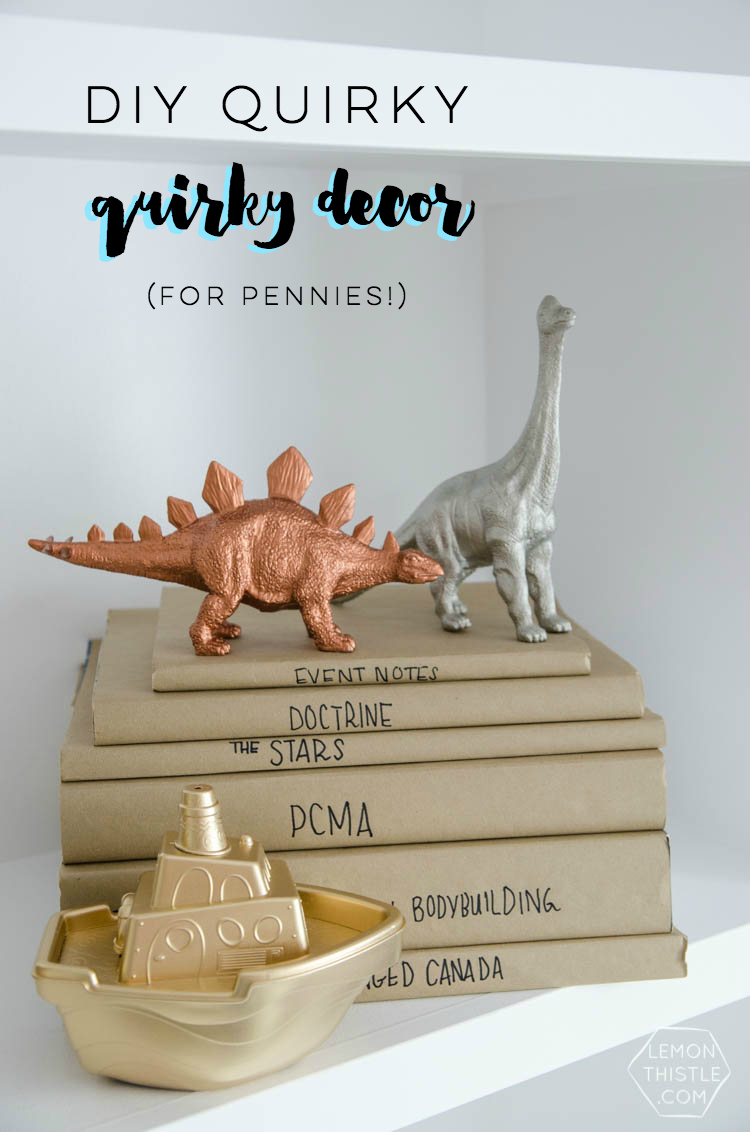 Let me preface by saying that this cost ME pennies because I had everything laying around. And if you have kids and you like to DIY, chances are you’ll have everything to do this too. Since we built our DIY shelving (aka that giant project that is solving our storage problems), I’ve realized I don’t have that many ‘pretty’ things to make that open storage work for us. I do have lots of books and lots of wall art/ photo frames. Oh, and candles… but you can’t really burn candles on shelves like this and I’d rather them be in use. So I’m trying to get creative to dress up all those books a bit. 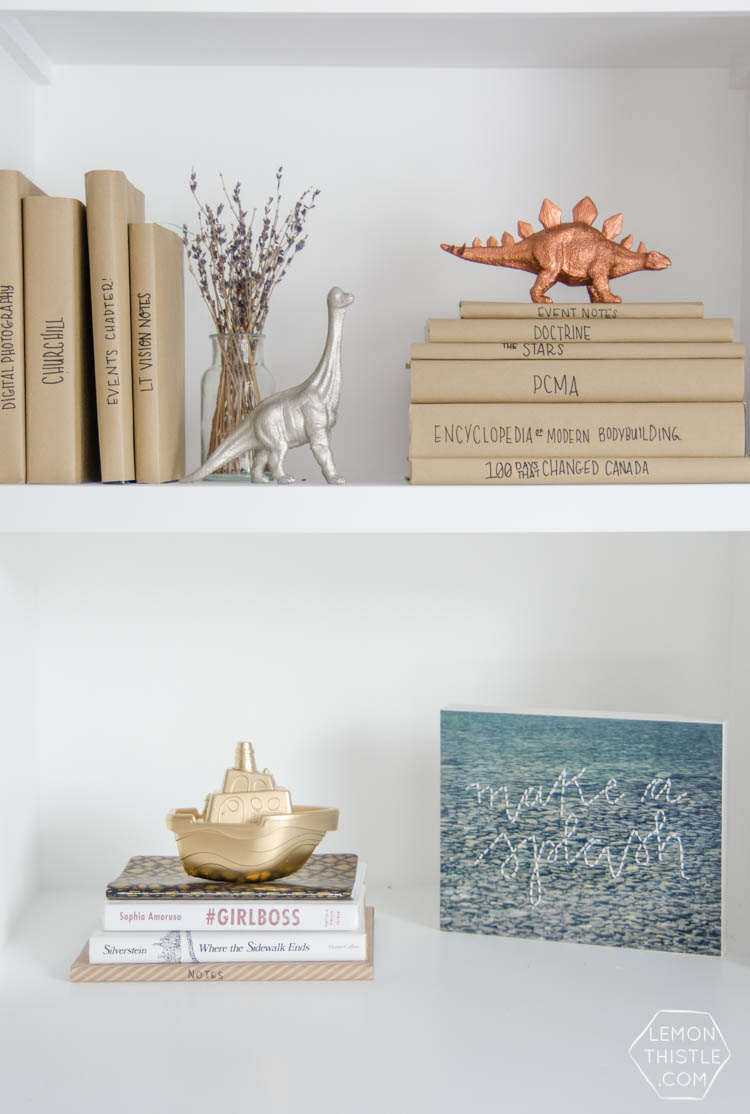 So I went digging through my kids’ toys (I promise, not a horrible parent) and picked out a couple toys I thought were pretty cute structurally that they didn’t play with much (if at all) and decided I’d give them a quick makeover. I brought them outside to spraypaint and my kids caught me and told me that I wasn’t allowed to paint toys. I told them I wanted to make them into decorations (and they LOOOOVE decorations, they’re my kids for sure), and that was the end, they were on board with less toys, more decorations. I hope you have as easy to please toddlers ;) 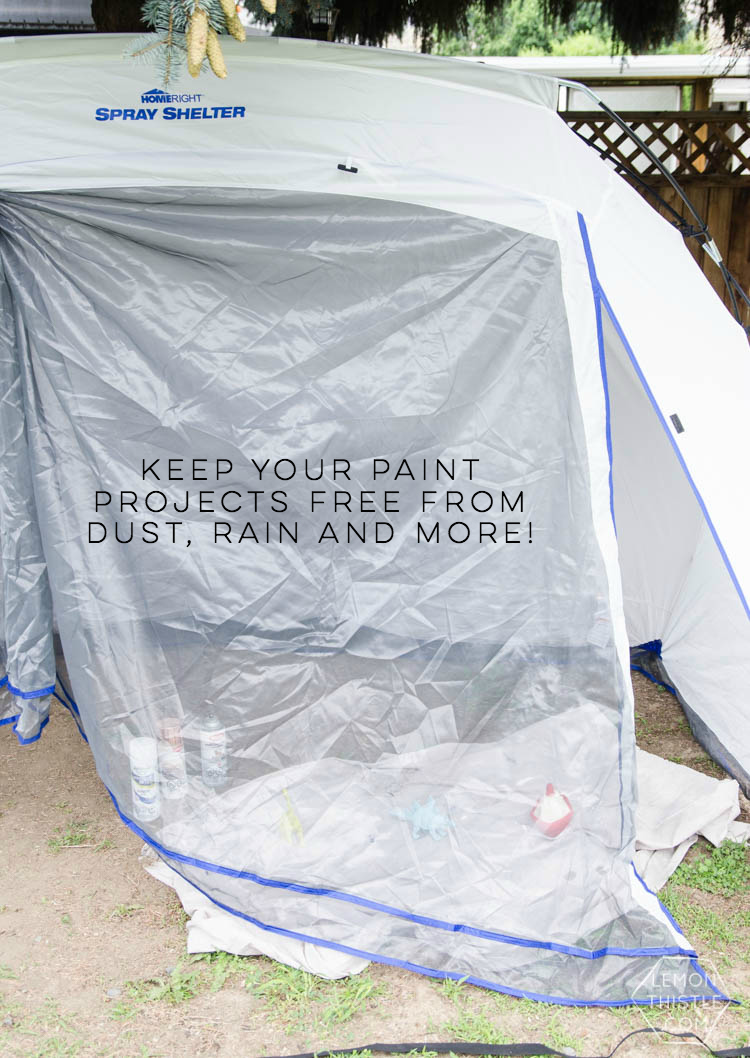 BUT it was raining! For a few days. And that’s super lame when you want to do a quick project but you sit inside your house waiting for the rain to stop. I was going to show you guys that I used the HomeRight Spray Shelter to protect my pretty little spray paint projects from dust, sap, wind and such (our yard has a giant tree that produces pollen at a crazy rate), but then as I was setting up this tent in the rain I realized… it’ll keep my project dry too. And another unintended perk of this tent… it’s a barrier to keep little fingers away from your pretty paint projects! Because, that was probably the biggest risks to this project. 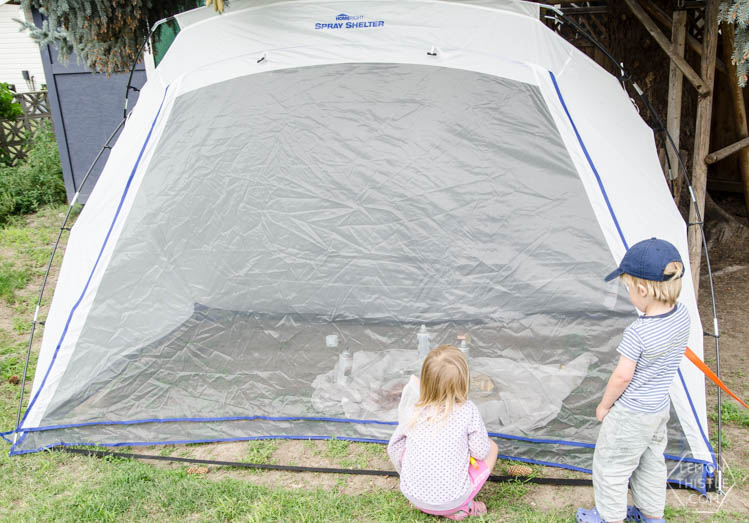 I’ve actually spray painted dinosaurs before… a couple times (for this party and for this doorstop) and I really love the way they look BUT they’ve always taken me 1000 (slight exaggeration… but only slight) coats to get them looking perfect. SO it took me this long to learn the power of primer, you guys! It’s a total game changer. And I used 1/10 as much spraypaint because of it. To think I tried to save money by NOT using it… 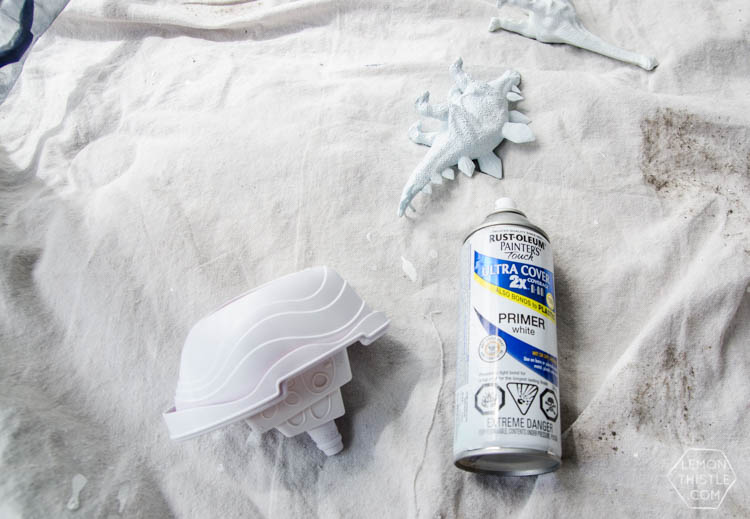 The other tip I have for you is to still use a dropcloth to keep dirt (if you’re outside) from being stirred up by the spraypaint. That’s really it! I am thrilled with how they came out. I tried three different metallics for this project (Rustoleum Mirror Effect Gold, Krylon Brushed Nickel, Krylon Metallics Copper) and I think the copper one is my favourite. 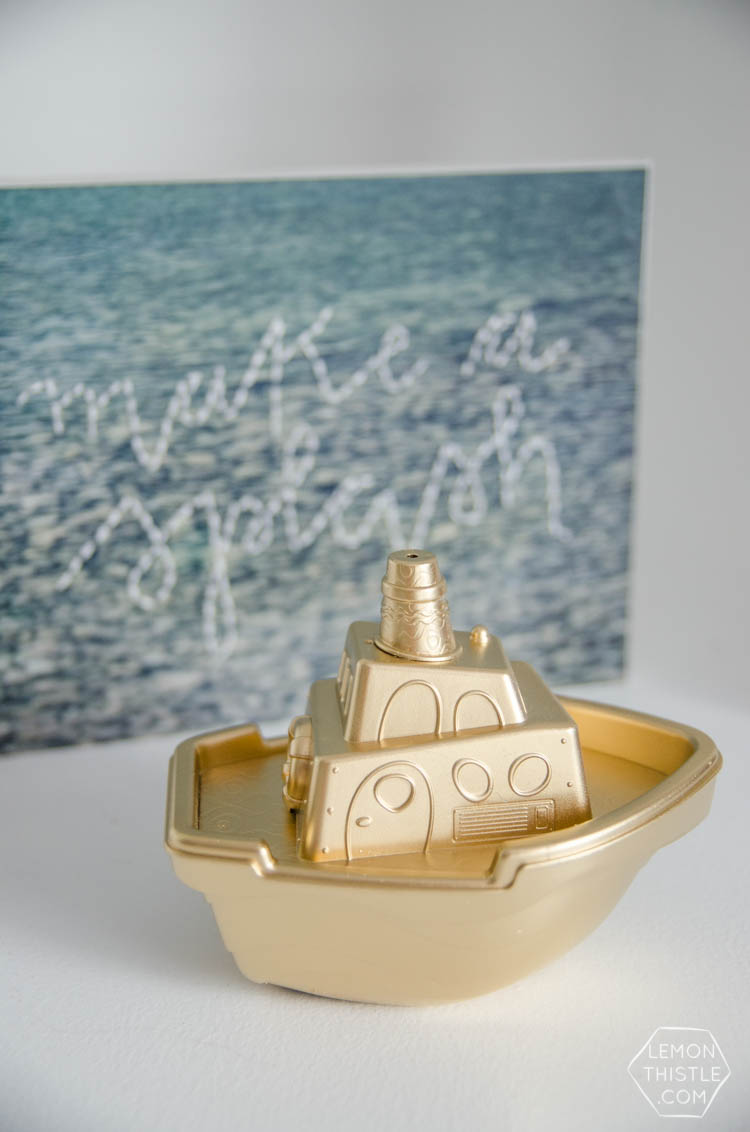 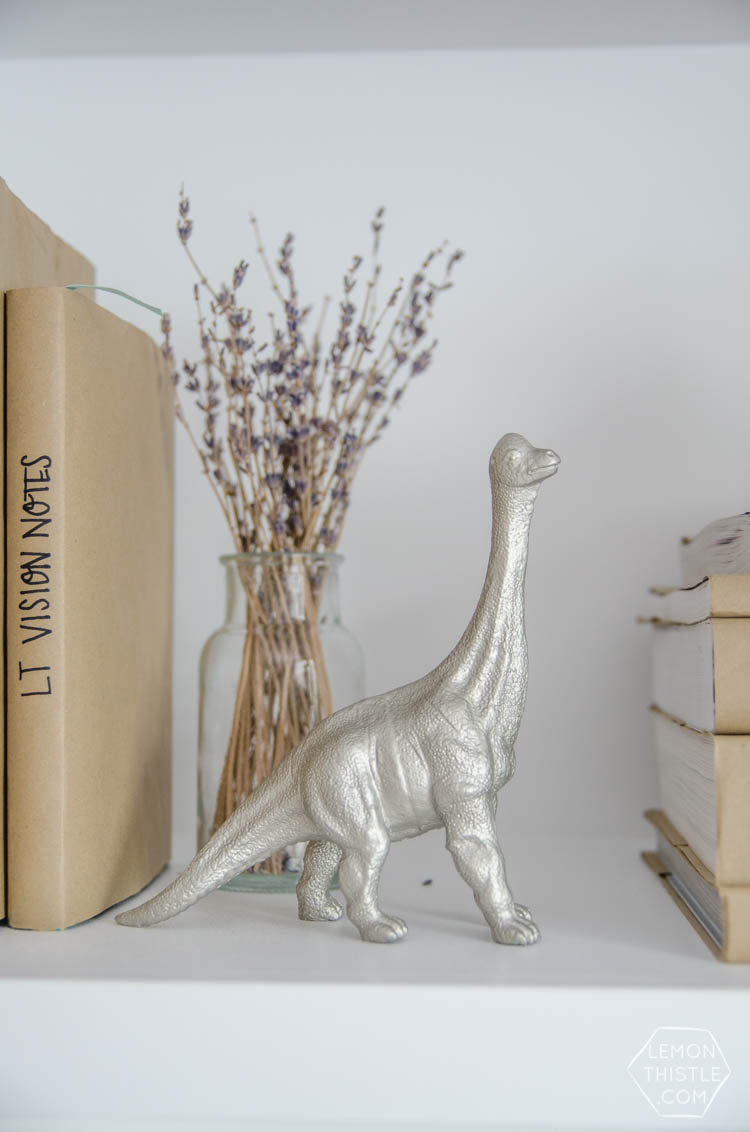 Alright, before I let you go, I’m excited to be giving one of these HomeRight Spray Shelters away to one of you… AND because you guys were pretty darn excited about winning one of their paint sprayers over on Instagram… HomeRight was kind enough to offer we give away another one over here! So to be clear… the giveaway is for a Spray Shelter and a Finish Max Paint Sprayer… pretty rad, right!? If you’re curious what the heck that is, you can hop over and check out this post to see it in action. The giveaway is open to Canada and US and will close Sunday at noon PST!
a Rafflecopter giveaway