I’m back from Vancouver and am so excited to tell you that our Diploma team won first place in their case competition! So now that I’m back, I’m bringing another DIY from my birthday party a couple weeks back! Today I’m talking about the Monogrammed Velvet Napkin Rings and how to make a simple bunting. Next week I’m sharing how to make the easiest floral crowns and leaf garland (it’s way easier and quicker than I imagined). Should we start with the napkin rings? I love these things and all of them cost me less than $2 total.

To make the napkin rings, you’ll need velvet ribbon (mine was less than $2 at the fabric store), scissors, and a woodburner. I switched out the tip on my woodburner to be the rounded one- this allowed it to glide on the ribbon, not scrape. I folded my napkins for the table, then measured how long I needed my ribbon to be to wrap around. I didn’t actually secure them closed, I just wrapped them around, but if you wanted to, you could use iron on hemming tape. Turn the woodburner on and on a test piece of ribbon, check the heat. When it’s hot enough to impress the letters, go ahead and write your monograms on the ribbon. After a while it will get too hot for fabric (as a woodburner should) and you can turn it back off until it cools down a bit. If you let it get too hot, it will just burn your ribbon and melted material will stick to the woodburner (just a big mess). 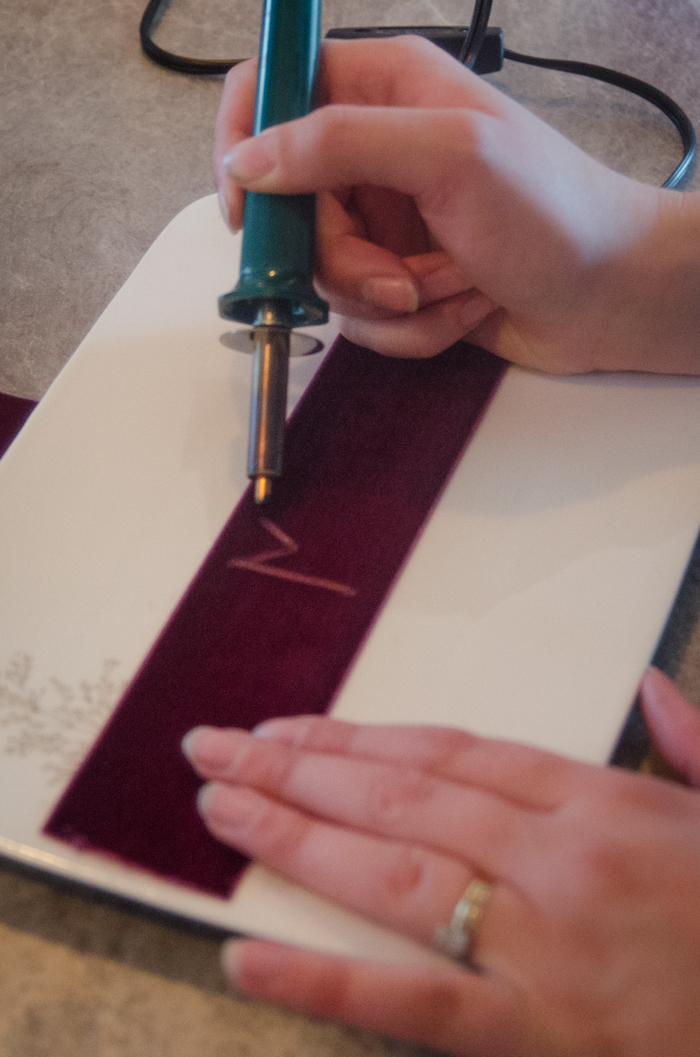 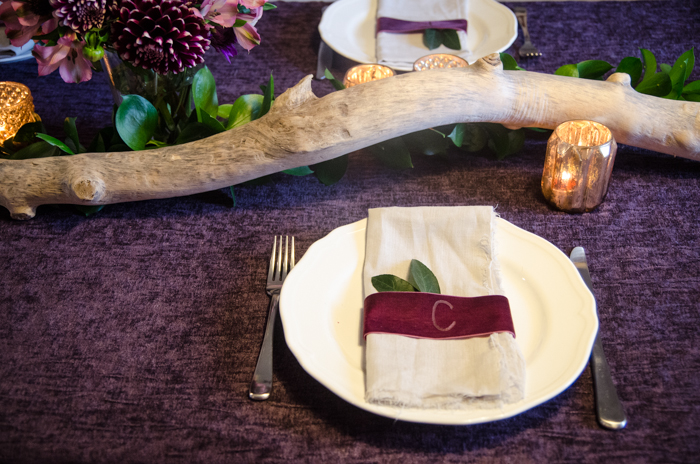 Would you believe that’s it? Then tuck a bit of greenery in and you have a beautiful place setting- in no time and costing only pennies! So now that we have that mystery solved, should we talk about bunting? I’ve made bunting a bunch of times, but never put the time into making it properly. I was so proud of myself, I actually pulled out the sewing machine for this one, guys. And it’s not hard. Real, proper bunting would be double sided so you could hang it over a table, but I just sewed the edges over on mine so I could get more bang for my buck. I bought these materials in the discount section of the fabric store, so they cost just a few dollars each. The ribbon I used cost less than two dollars per colour. 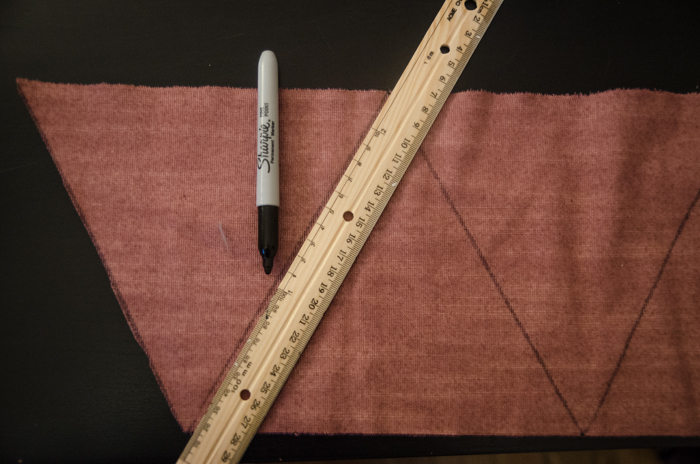 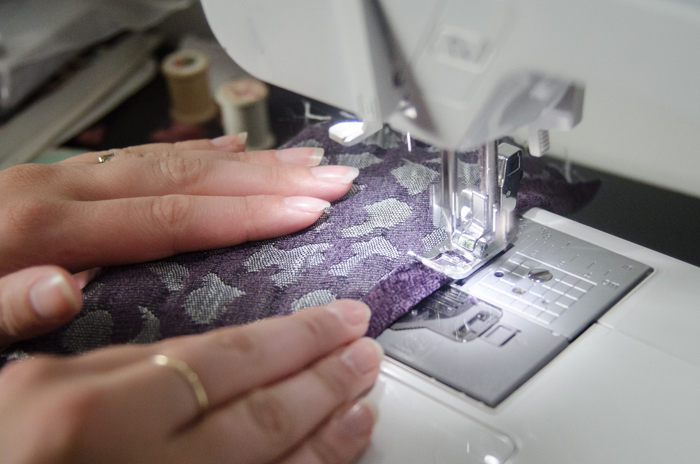 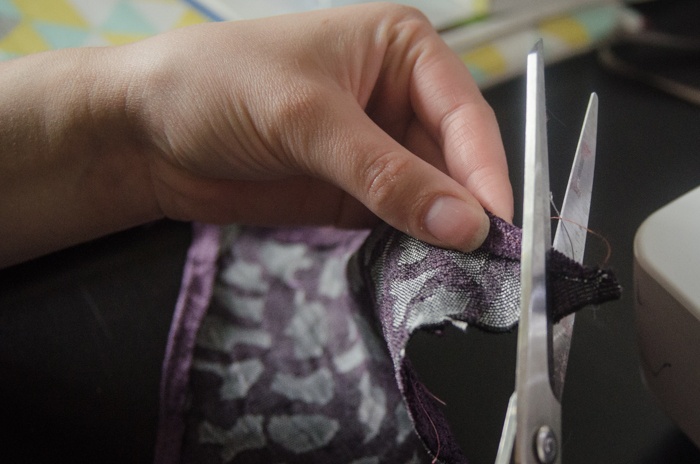 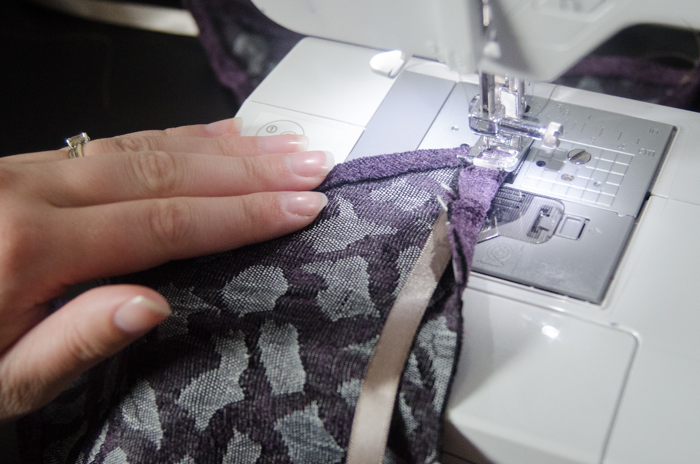 I got started by cutting the material into strips the height I wanted the bunting to be (plus a little bit to account for edging). Then, I drew out the triangles in a zigzag pattern. Once they were cut out, I got to sewing. I actually tried using iron on hemming tape first, but the material was so thick, it took forever to iron it enough for the tape to hold. Sewing was actually faster. I started from a top corner and sewed towards the bottom, and back up the other side. This left the top edge. I folded the ribbon under and sewed the ribbon into the bunting. This saved me the step of attaching the triangles to the ribbon later on. To sew the corners, you need to cut them off or else they’re too bulky and don’t make a clean corner. 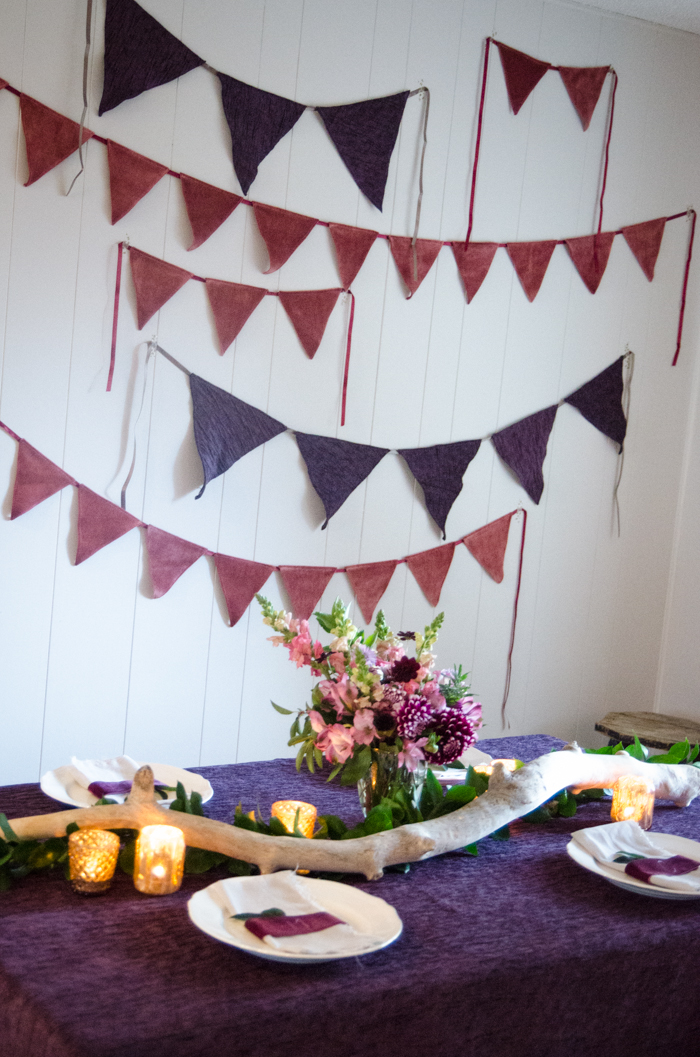 And that’s it! I made different lengths to use on the wall as a backdrop and I love how it turned out. It’s a bit different as traditional bunting with just a couple long strings, but is still the loveable shape of bunting.

What do you guys think? I can’t get enough of the velvet ‘burning’. If you had nice hand lettering, you could do something really special!

Around Here 06
Next Post:Before and After: DIY Kitchen Renovation