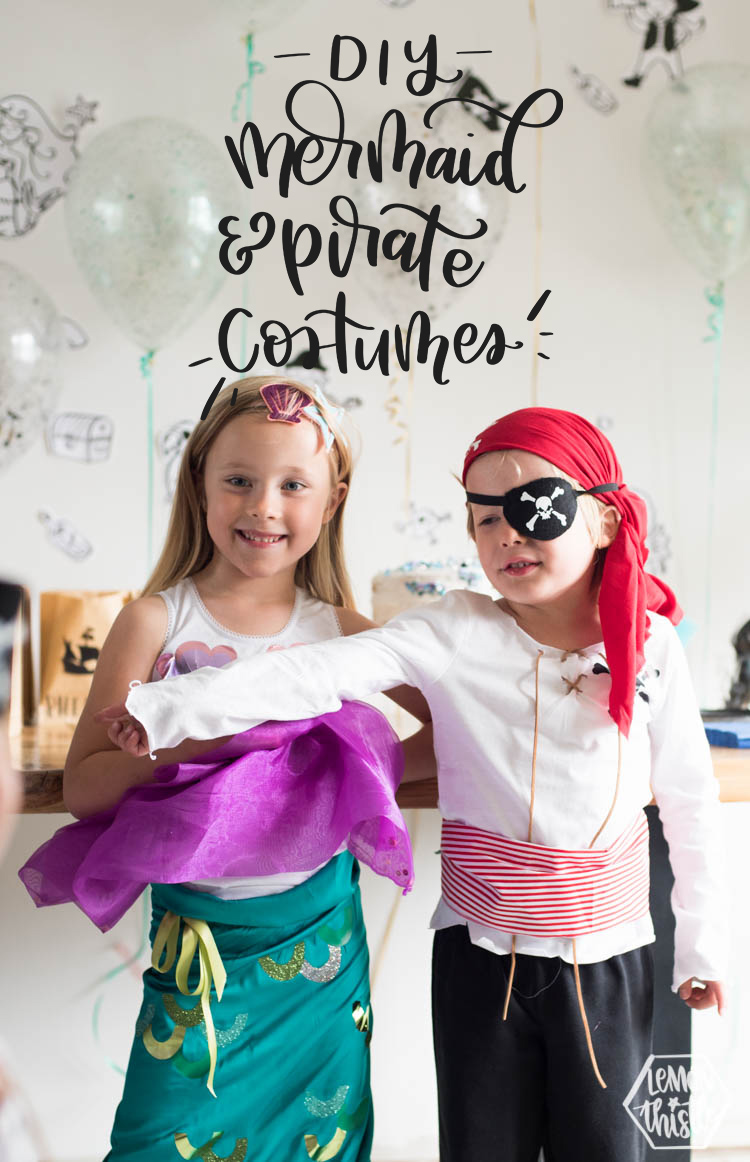 Today I’m excited to be sharing some rad mermaid and pirate costumes that I made for my kiddos’ fifth birthday party last weekend in partnership with Cricut. These were so much fun to make and to see the kids run around in and they really make the perfect DIY family costume for Halloween! I wanted to get the tutorial up quickly for you guys so you have more than enough time to pull them off for Halloween.

The kids thought we should dress up too (of course), so I made Shane and I shirts to go with the theme… but skipped dressing up all the way. They were happy with that and so was I! 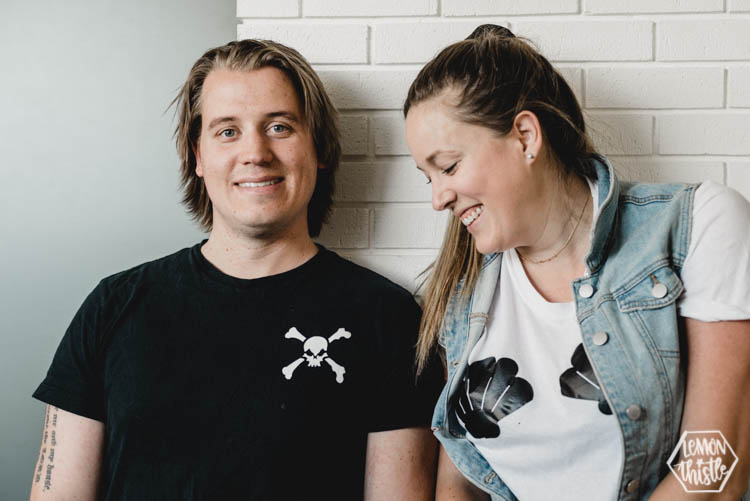 To make it simpler to explain, I’ve put the full DIY instructions into a video on my YouTube Channel (hello, illustrations too!) and put all the cut files for the projects into a public project for you. Ready? Let’s go!

Here’s the video- find all the supplies lists below!

*This is all sized for a 5 year old… so adjust as you like!* 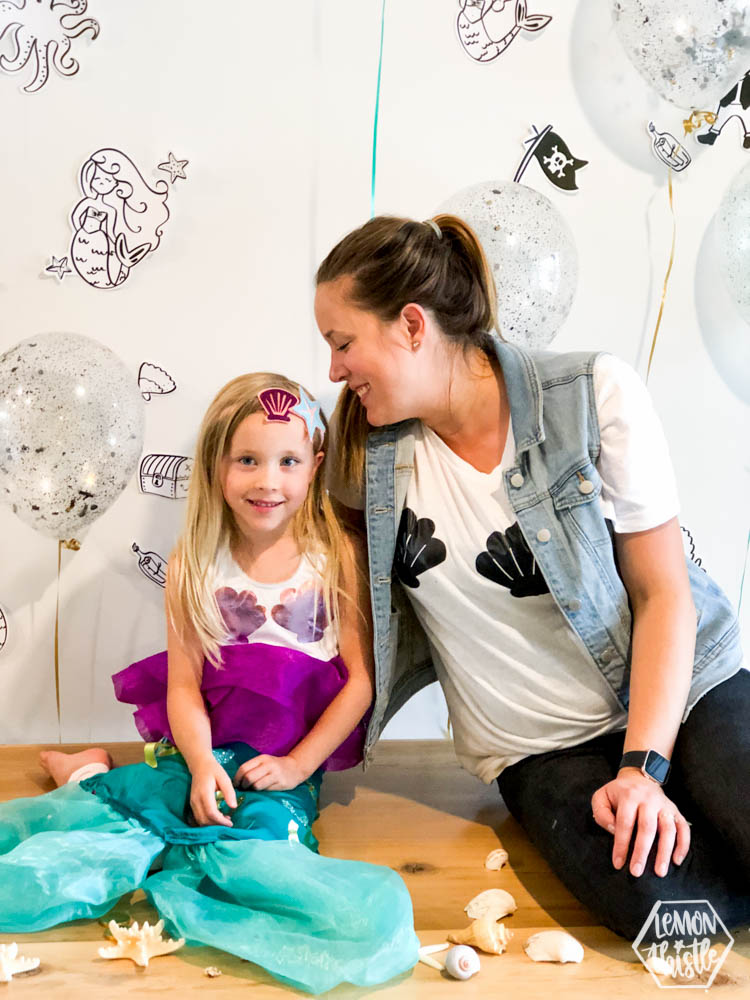 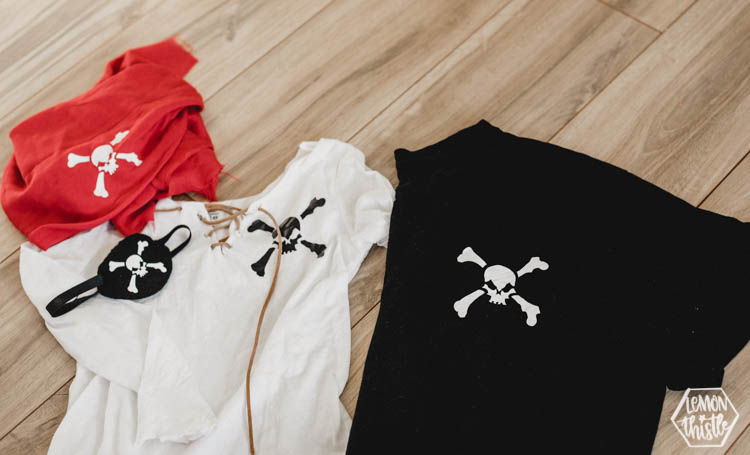 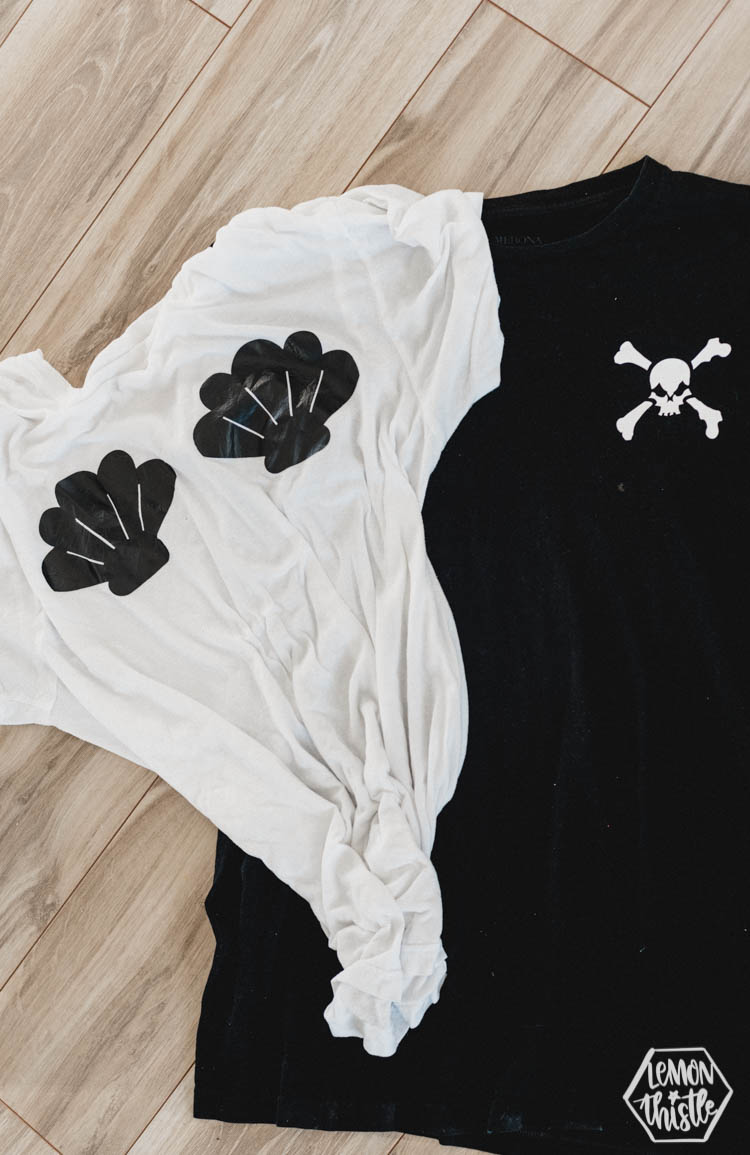 Here’s the Projects for Design Space:

Alright! That’s a list and a half… isn’t it?! I promise- it’s not that complicated. The mermaid costume is one that I pulled out the sewing machine for. You really only need to be able to sew a straight line. The pirate costumes are NO SEW! 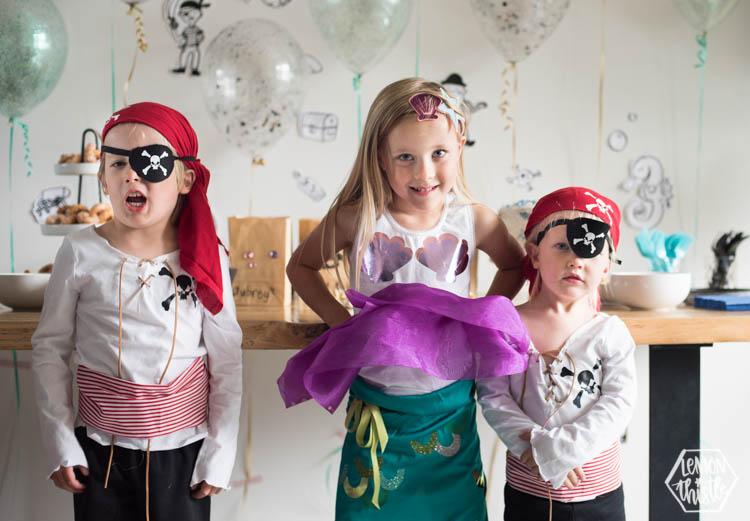 I hope that the video makes these projects super simple for you to follow along with! I really loved making them and especially love how easily using the Cricut Maker for details and felt really stepped them up a notch from other homemade Halloween costumes I’d made before! And the tees I made for Shane and I? I’m pretty head over heels with this idea. I’m all for costumes but Shane has never been in to them. But this?! This he’s okay with. So we’re matching costumes from now on… like this. Ha! I should mention… that we’ve done one family group costume before. I shared it here and I’m still loving it!

If you do end up making these mermaid and pirate costumes, I would so love to see! Nothing makes my day more than seeing my tutorials used by you!

Ps… check out Win’s hilarious pirate face in the pin photo. It kills me!