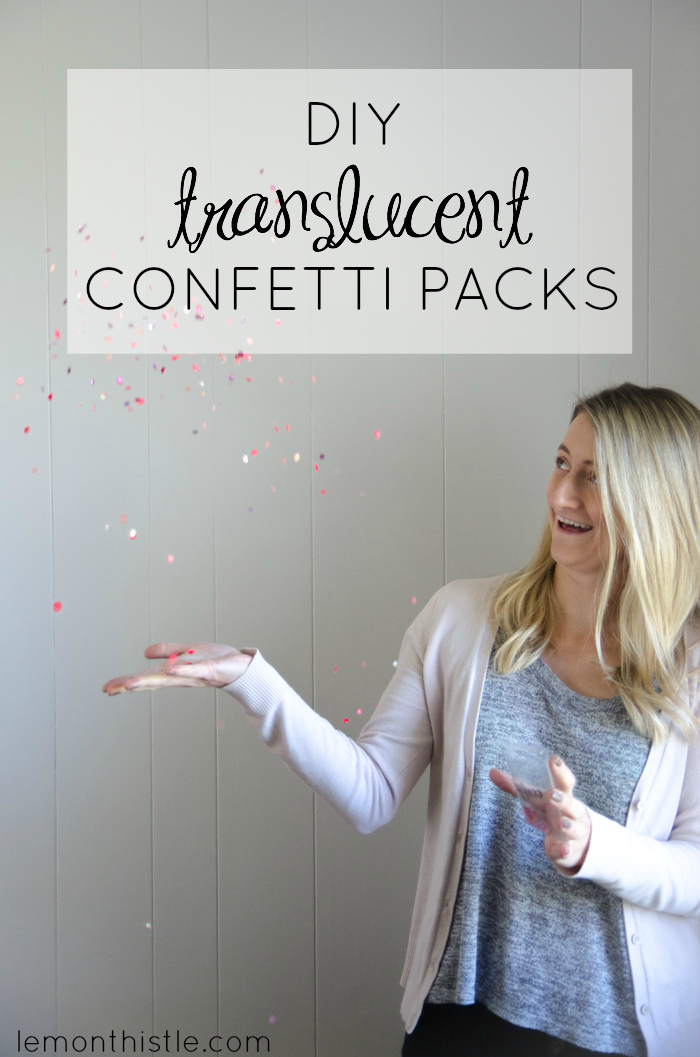 Ah, I’m so in love with this project guys! A couple of my friends have moved back to town to return to University (hurray!) and last weekend I created these little packets for a surprise party to welcome one of them back. When I saw Sarah’s Confetti Invites, I thought the saying was too much fun to not create around. You could do this for any occasion guys, every party is better with a little confetti. And, I’ll share with you my printable template so you can make your own translucent confetti packets in a hurry. 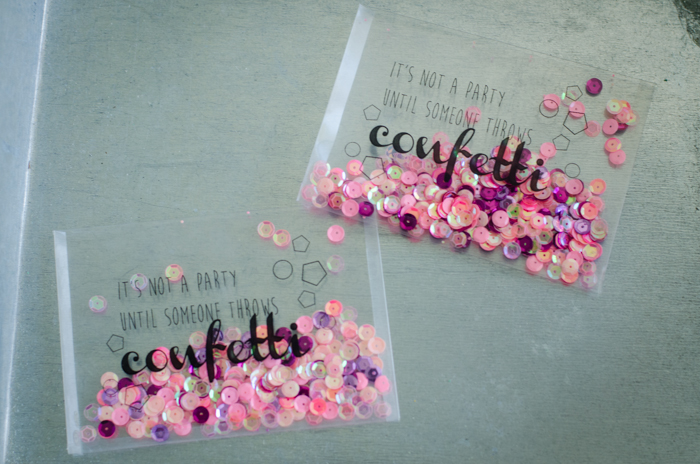 Start by getting the template printed on to transparencies (y’know, the stuff teachers used to use on overhead projectors). Then head home and get cutting! They print two to a sheet, so cut the sheet in half, then trim to make your packages the size you would want. We trimmed off an inch and a half off the top so they’d be skinnier packages. Next, fold in half *almost* leaving half an inch space at the bottom. This will fold over to lock in the confetti. Once it’s folded, cut from each edge a half inch in. On the piece that is a bit longer (half an inch that you left) cut to the fold. Your sheets should look like the picture below. 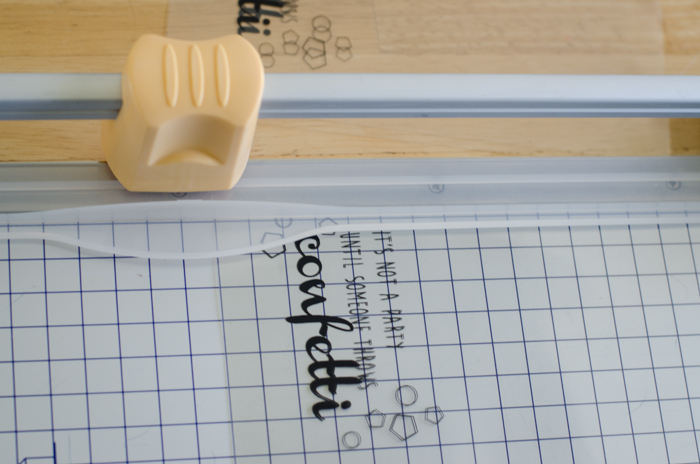 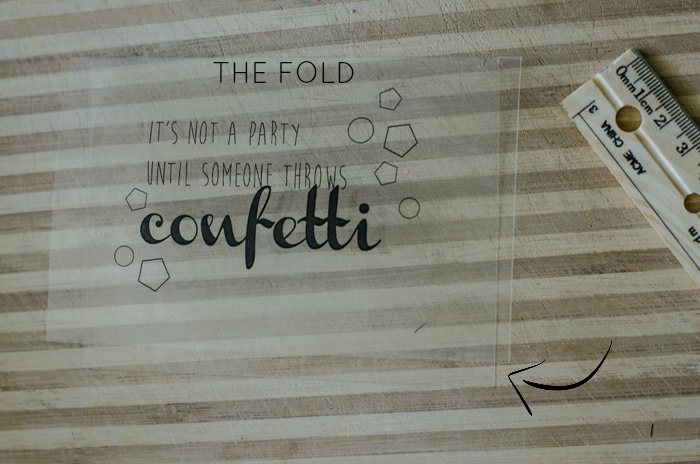 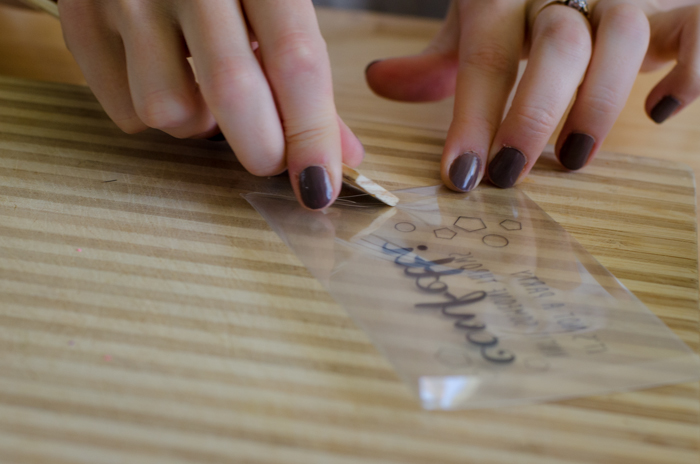 Then, start folding the edges over and either use your nail or a ruler edge to flatten the folds. Then fill it up with your confetti! We found these sequins at the dollar store and I love the shine they give! These are super easy to make and they have such a big impact. I’ll definitely be making them again. 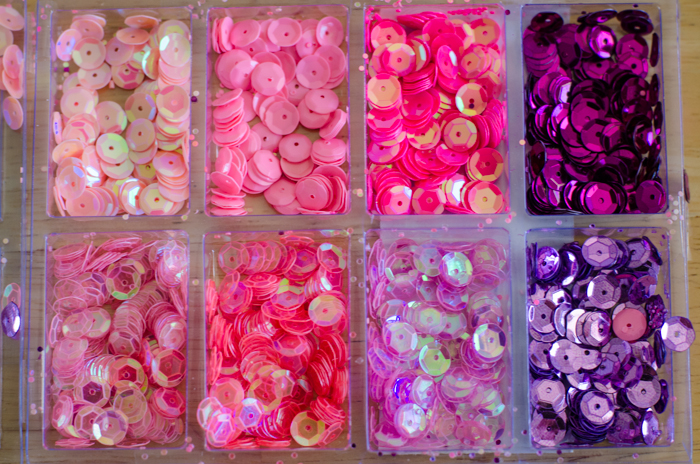 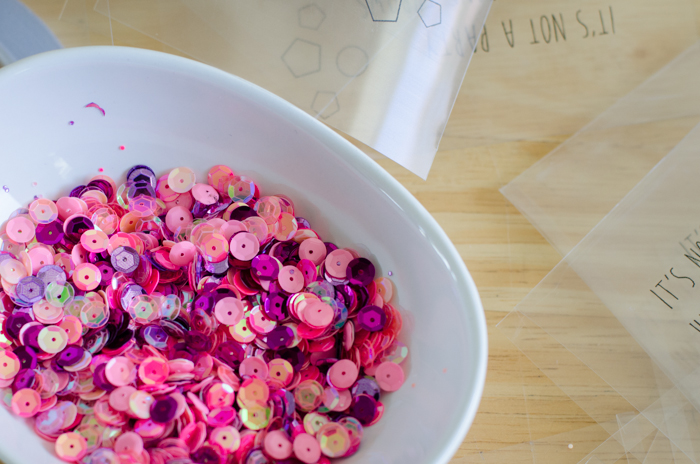 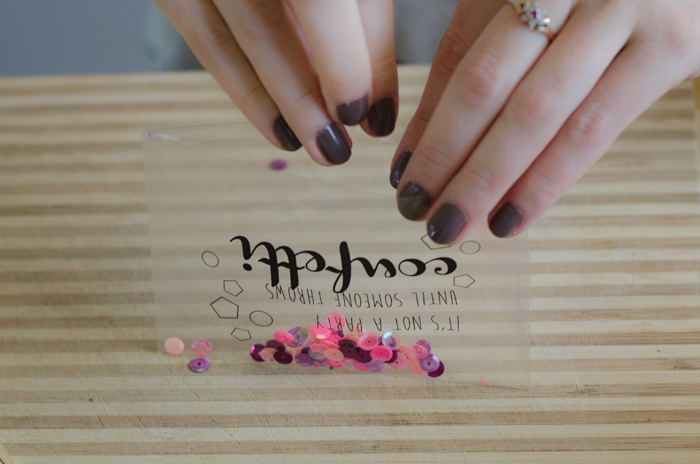 Now all that’s left to do is hide in a corner to throw confetti at your very surprised guest of honour, it’s fun- I promise. And they you can throw it around your house when you’re done, because it’s just too much fun. 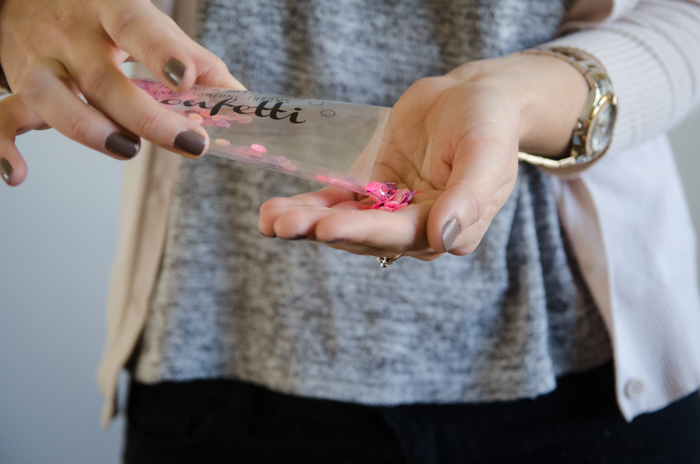 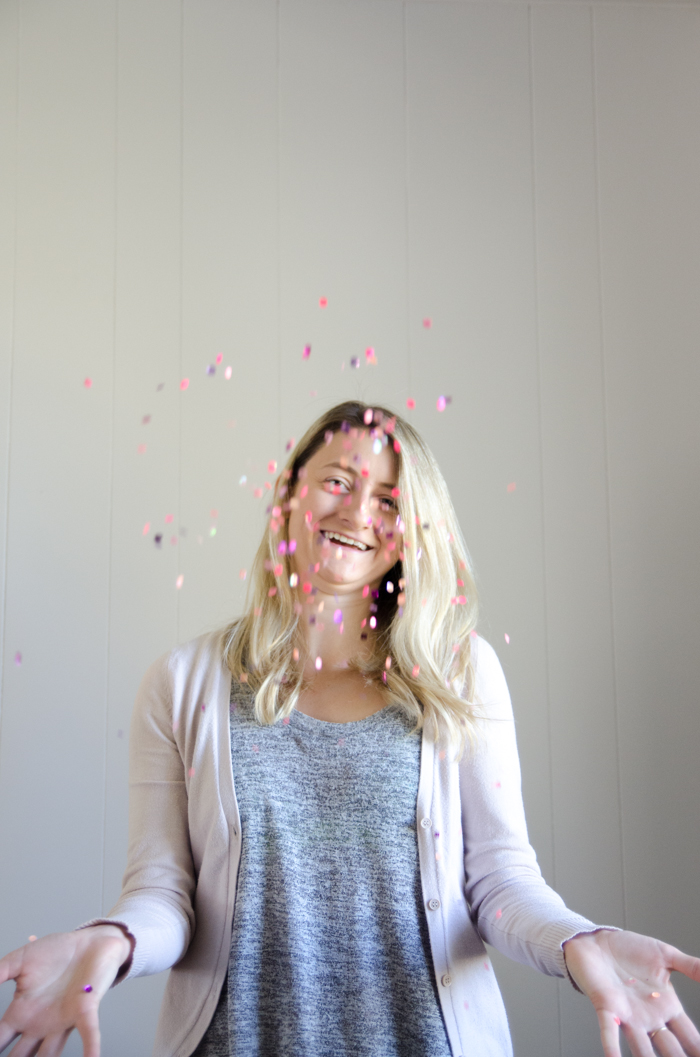 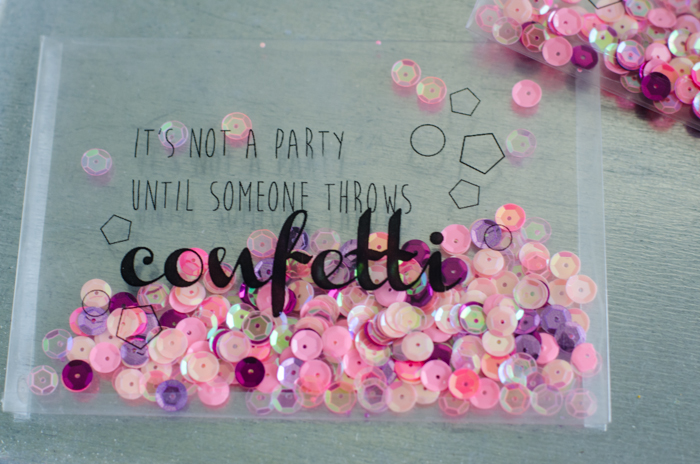 Have you ever planned a surprise party? Did you throw confetti? I’d love to hear from you!