It took us long enough, but we finally have some privacy in our home thanks to these DIY salvage copper curtain rods! I still need to hem the curtains (but our kiddos are having so much fun playing in them, I’ve been putting it off), but I thought I’d share them with you as-is because I’m too eager to wait. When we bought our place, we had to have some un-fun work done, like an upgraded electrical panel and a new hot water tank. BUT when he was replacing our hot water tank, our plumber took out a bunch of copper piping to fit the larger tank and solve some of the plumbing issues this house had. Looking at the pile of scrap inspired this project. 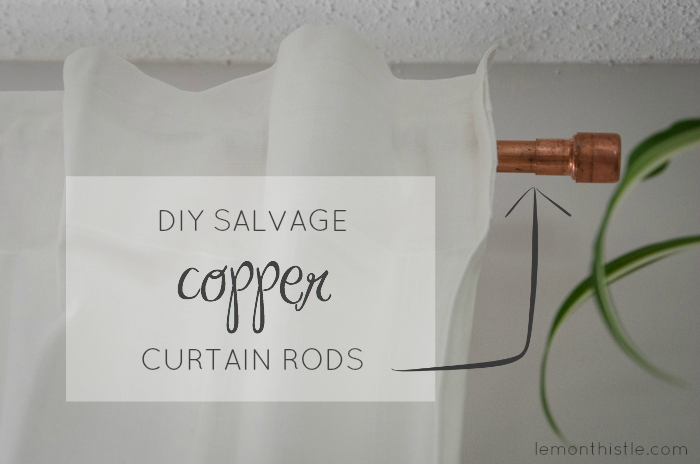 I the pipe we had is half inch pipe (that measures the inside of the pipe, keep in mind).  So I hit up Home Depot to see what they had. I wanted something simple like these plain end caps but something that would make a bit more of a statement. I ended up picking out a 1/2 inch to 3/4 inch piece and adding on a 3/4 inch cap. It was perfect! Just big enough to look like a proper finial without being so big that takes away from the minimal-ish design choices we have going on. 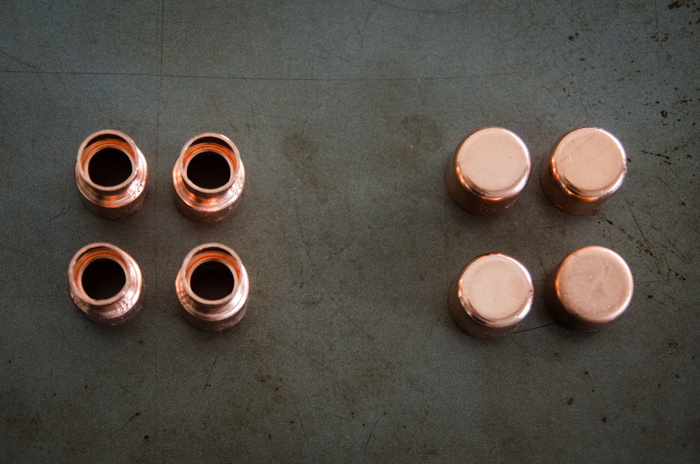 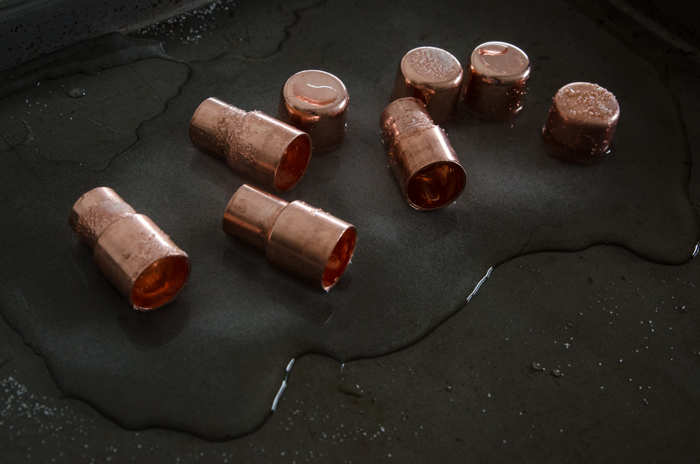 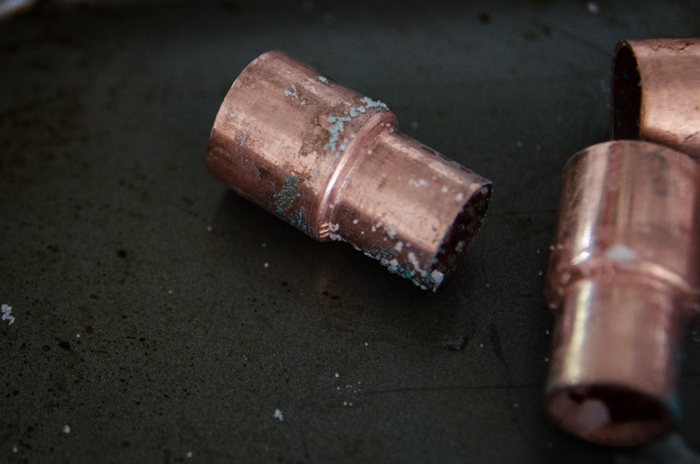 The sort-of patina these guys were treated to was a happy accident. These were pretty shiny when I got them home but I decided to test out some copper shining tricks I found on pinterest. First I tried ketchup, which helped a little but didn’t get them gleaming. Perhaps I had to scrub more. So then I tried out salt and vinegar at which point my babes woke up and the treatment was left on for an hour or so… which turned the shiny copper piping to what you see here. At first I was really bummed and tried to scrub it off, but then realized that it matches our salvage pipe so much better and it’s totally unique. So now you know… leave salt and vinegar on the copper for longer than the recommended time and you’ll oxidize it! Which really, I should have known. 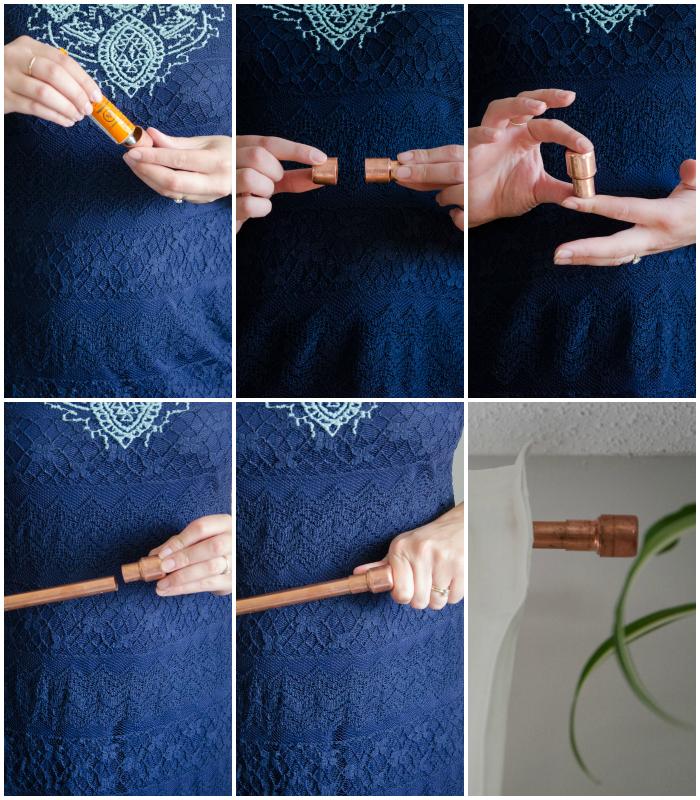 So I started by gluing the end cap to the piece that changes sizes. I did this because the caps are made to be really loose. I didn’t want these falling off. Then I attached all that to the pipe. This is a snug fit so I didn’t glue it at all, which works out nicely to take curtains on and off. 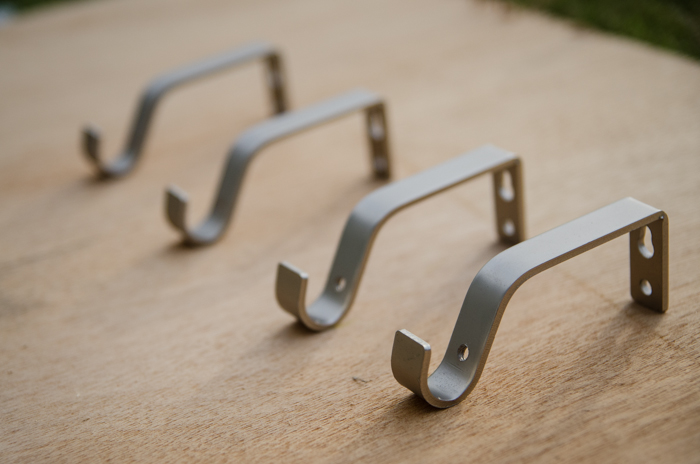 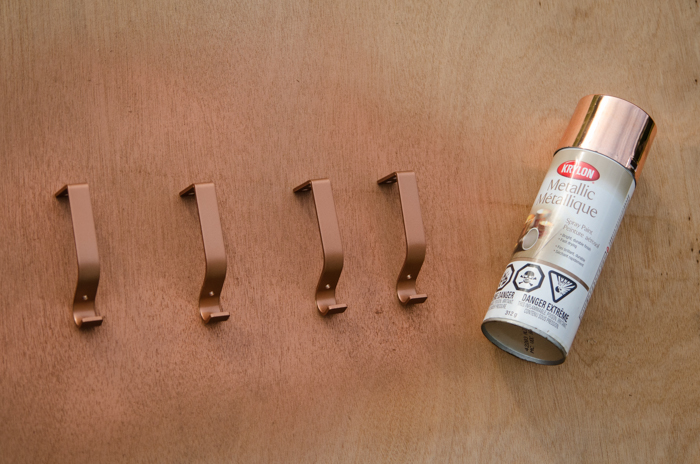 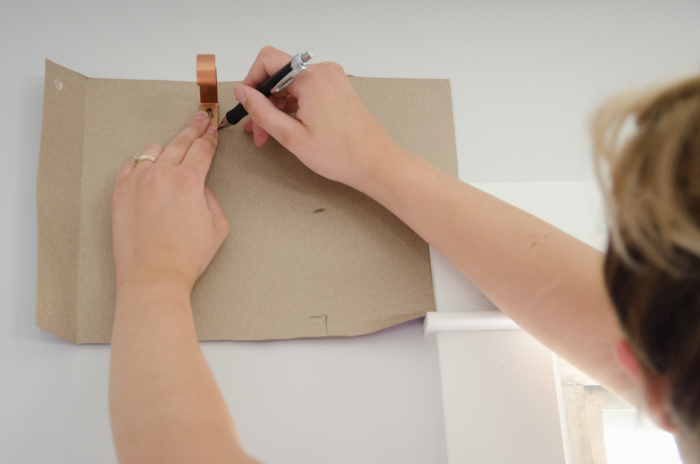 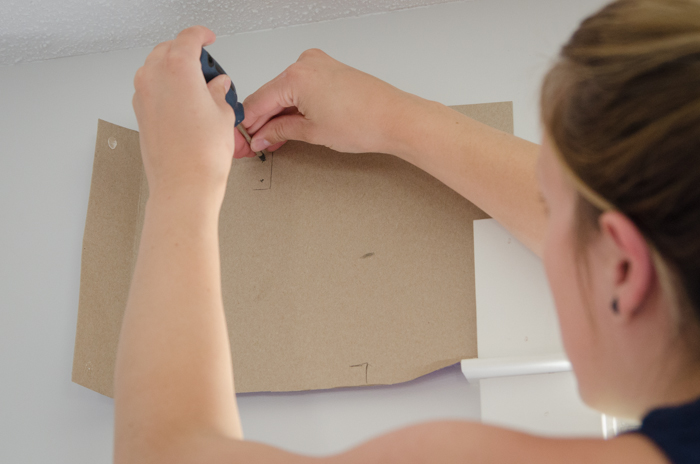 To mount the curtain rod, I bought standard curtain mount hardware for $3 bucks at a discount store and pulled out my favourite copper spray paint: Krylon Metallic. I sprayed the screws it came with as well to get them to match by standing them up in a container of rice. To hang the curtains evenly, I used a piece of cardboard to mark where the anchor should be- by far the easiest way to do this! 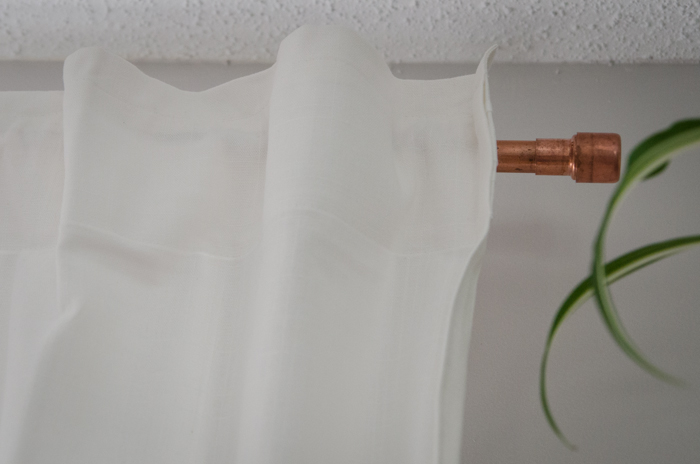 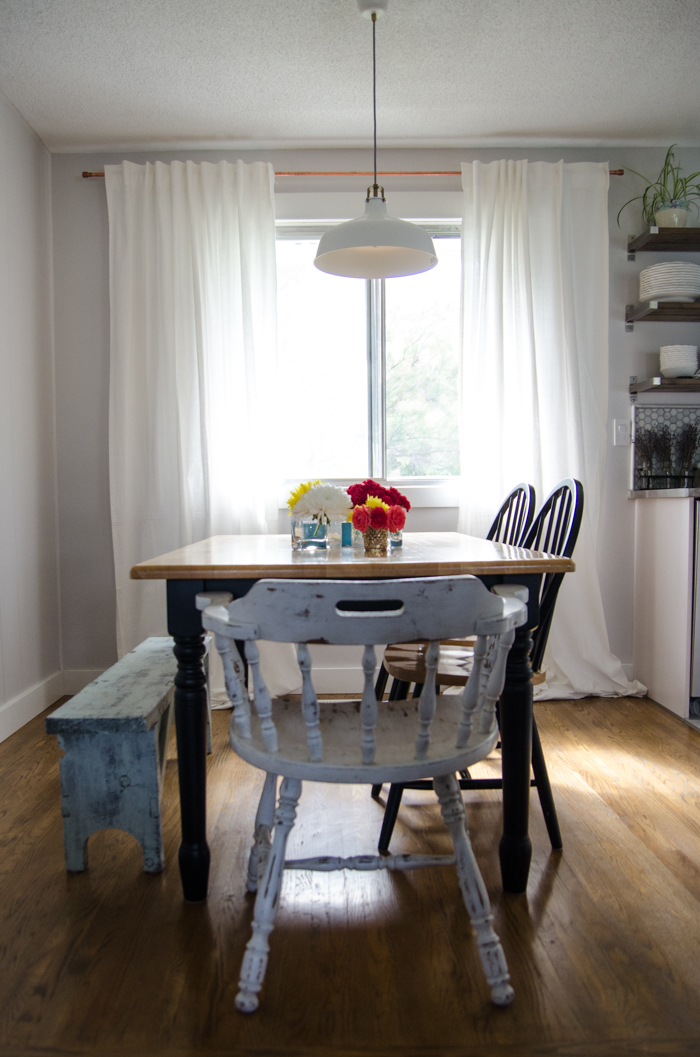 So that’s it… A really easy DIY and these curtain rods rang in for only a few bucks (The fittings were under $1 each and I had the spray paint on hand) So each curtain rod cost less than $10! And a bonus, here’s a shot I Instagrammed of E & A playing in the to-be-hemmed curtains. My heart- seriously.

What do you think? Are you on board with the copper trend or do you think it’s better left for plumbing?