When I found out I was pregnant, I made a list of all the projects I wanted to get done before the babes arrived. I got about… a fifth of that list done (thank-you bedrest!), but my intentions were the best. One of the things I’d planned to make myself was a fake Moby Wrap. I have a couple friends who have them and they are so handy and (I heard) comfier than a traditional baby carrier. When I found out we were having twins, this jumped to near the top of my list as you can wrap two babies in one wrap! 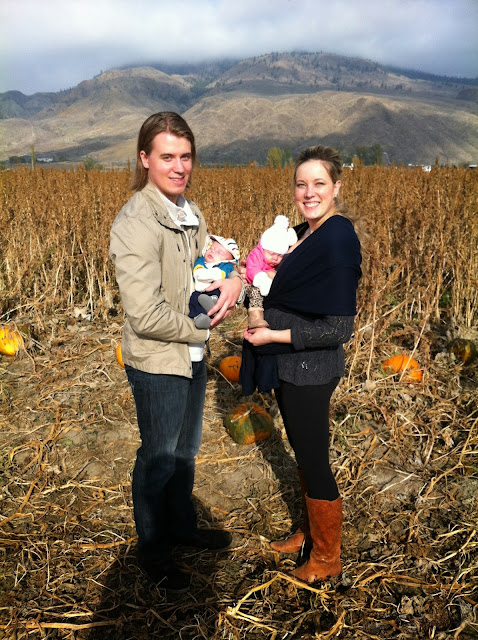 This is barely a DIY it’s so easy, so I’ll spare you the details (it’s basically one long piece of fabric). You can find a full tutorial here. I snagged a full bolt of fabric for $10, enough to make 4 wraps… one for every new mama I know! 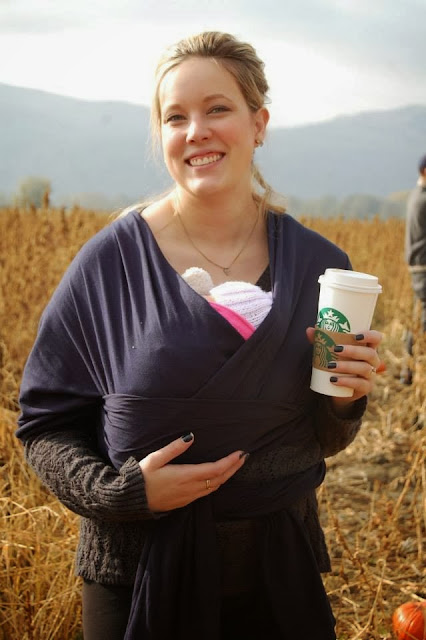 I tested it out at the pumpkin patch a few weeks back and Miss A loved it! With moving and everything, I’ve yet to find the time to try it out with two babes… but I did find this hilarious video of “how to” use the wrap for two babies. Seriously, this almost makes me pee myself!

As for a fail? I also had a nursing cover on my list. I saw this tutorial for a gorgeous jersey cover that doesn’t shout, “hey! I have a baby on my boob”. It was a super simple DIY (again, barely…) and looks great, but maybe I need to work on this nursing thing because the material is so drapey (is that a word?) that it gets in the way, and I’m not nearly coordinated enough to latch the babes without being able to see.

I ended up borrowing my girlfriends Hooter Hider and I’m much happier with it.

Win some, lose some- right? What else should I put on my list? I’ve pretty much thrown the existing one out the window… I got most of the things I’d hoped to make as shower gifts. Including this super cute chevron diaper tote! Like it? Check out the Spooner Sisters’ Etsy shop!

Two Peas in a Pod: A Shower
Next Post:Moving On: Goodbye Apartment Living