On Creativity and Loving Boldly 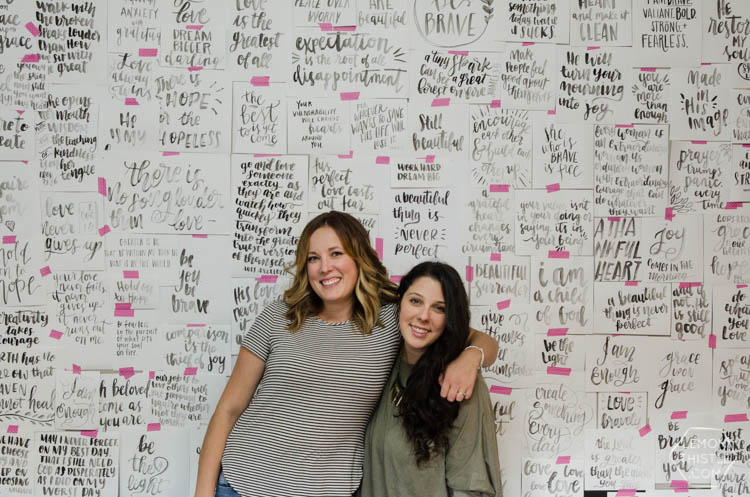 A couple weeks ago I was honoured to teach a workshop at a teen girls conference, Still Beautiful and I wanted to let you in on all the details! I was so thrilled not only to be asked to teach a workshop- but to be asked to teach on creativity. I love that that subject was important enough for them to put time into- because I really believe so much in it’s importance! More on that below… I also volunteered to help out with some logistics and pretty details. Something you might not know about me is that events is my background- it’s what I went to school for it’s what I owned a business doing before kids, and it’s what I love to dream about. But not to take on… so volunteering to do the fun stuff? Right up my alley. Like that wall? Nicolena (in that photo) and I lettered all those prints for girls to take home at the end of the conference. It was so fun! I also got to do some floral design on giant pallets and works with some amazing sponsors to make the vision come to life. 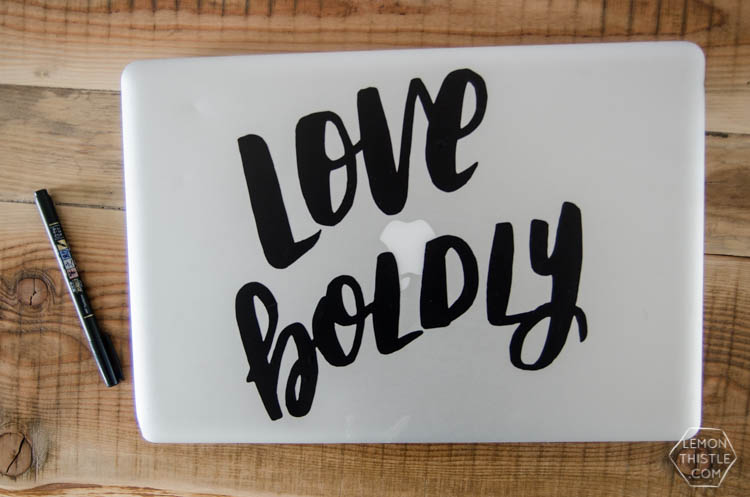 It was such a wonderful weekend and I had such a great time- but the messages that were shared at this conference were ah-mazing. I wish I could have made it to all the events, but I was busy setting up for my workshop because it was a lot of setup… why? Well, I didn’t just want to talk about creativity, I wanted to do an activity so the girls could use their hands in a creative way as well. So I called up my friends at Cricut and I’m so thrilled that they agreed to sponsor my workshop. I’m pretty sure I would have died if I got to test out a Cricut when I was 14 (did they even exist then?). So every girl got to take home a handlettered wall (or laptop or binder or whatever) decal at the end of the day to remind them to be creative. Isn’t that rad? Then Cricut even donated a Cricut Explore Air machine with a bunch of vinyl and tools for one of the girls to win- I felt like a dream maker giving that thing away, you guys.

So what did I have to say about creativity? SO much!

It is something I really am passionate about. I don’t think I could type out exactly the message, but the short is… Creativity is such a gift. And it’s so essential to who we are as beings. This was a Christian conference so I was able to bring out some scriptures that are all about creativity. But more than that- I wanted to challenge the way we think about creativity. It’s not just arts and crafts. It’s so much more. And it’s not just self indulgent or juvenile or a hobby. It’s the way we look at life, solve problems, and use our gifts to be a valuable part of this world. I also talked about some of the barriers to creativity- fear of criticism? Heck yes! Hard work? Oh yeah! Feeling like there’s someone better at that job? Uhh huh. But when you start to look at creativity as something so incredibly important, those things don’t matter so much anymore.

Anyways, I will leave it at that, but I thought I’d share some more pictures from this awesome event! We were so lucky to work with some awesome sponsors… I want to thank a few of them specifically! Of course, Cricut for sponsoring my workshop. That was a #monthmade type of moment. 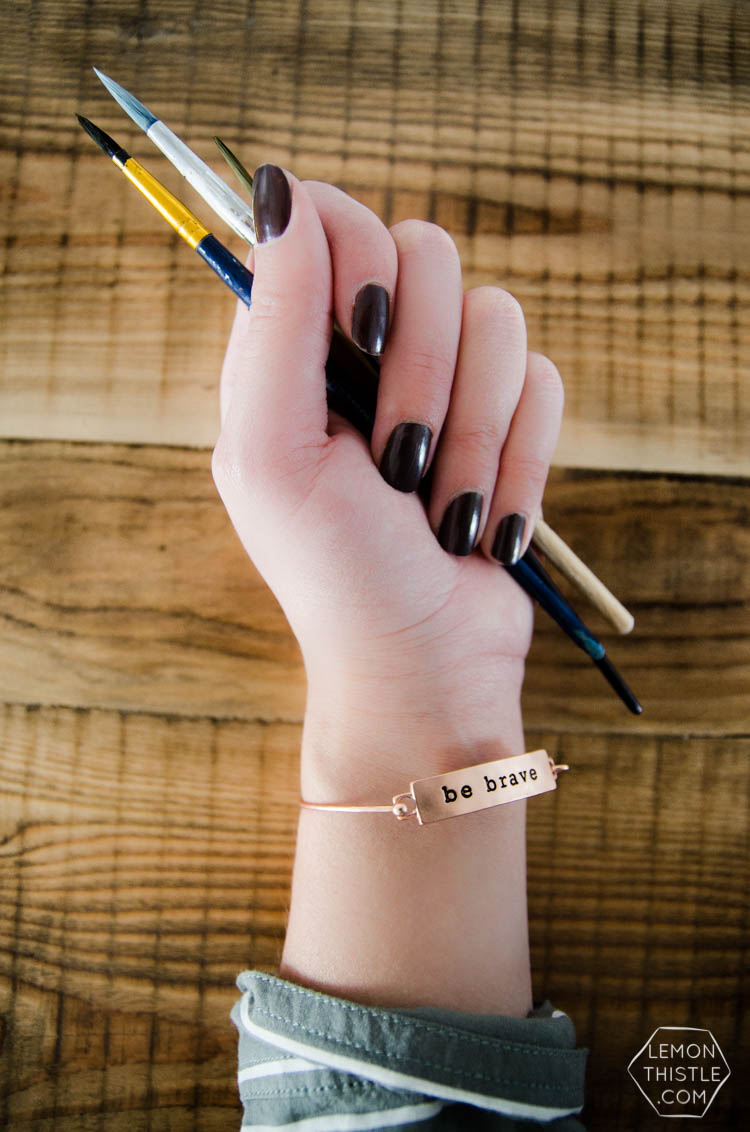 Like Cents of Style! Who donated Be Brave Tribe bracelets for all the attendees. I snagged one and it’s on repeat in my wardrobe. Also, my dear friend Ashton from Bespoke Decor gave us use of those amazing marquis letters for the weekend- aren’t they SO rad?! I want a giant P in my house now. 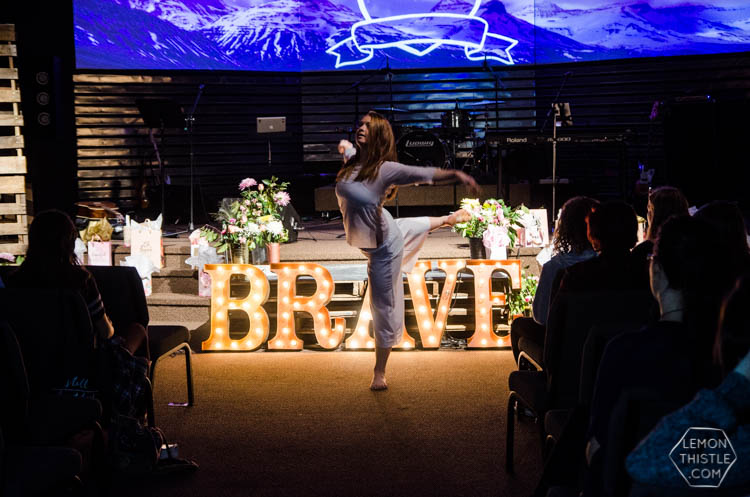 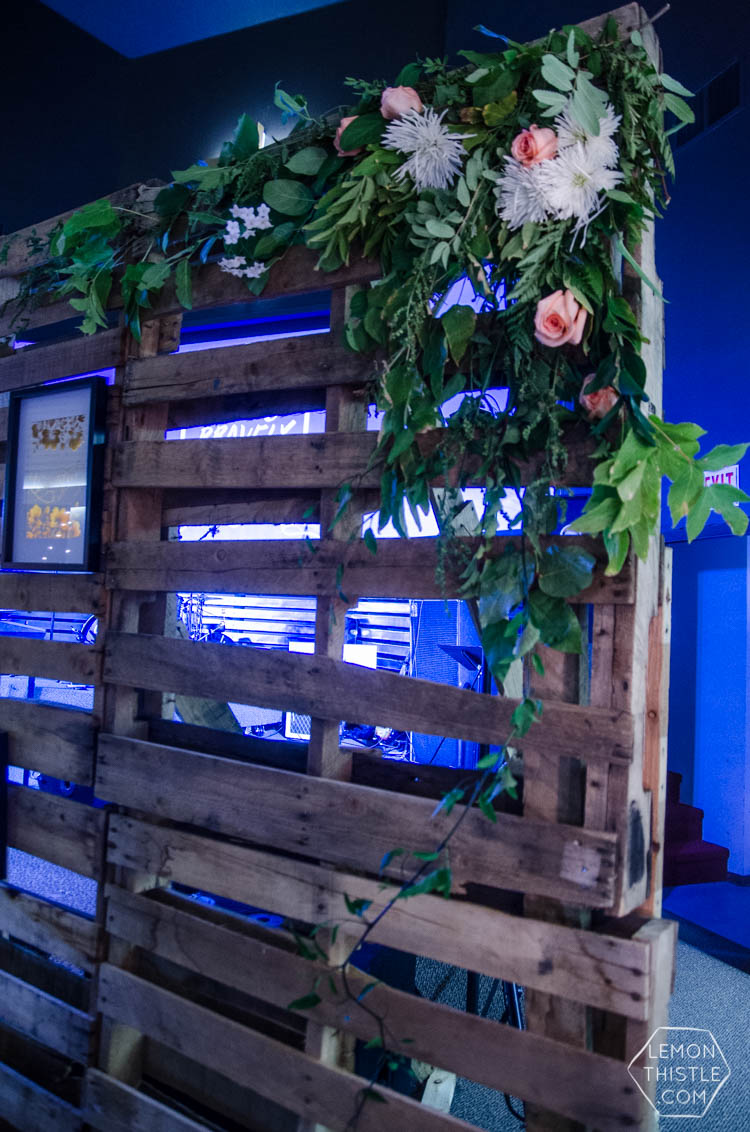 I had to get a close up of that ‘floral design’. I hacked that baby with a staple gun and weeds from the back alley the girls brought in by the buckets. I love making something out of nothing, you guys! This backdrop cost NOTHING (except staples). But if you didn’t have flowers donated (Thank you Safeway for those!) then you’d pay maybe $15 for flowers, grab the weeds, and grab the pallets (all free). Anyways… that’s not the point of this post, but it was a fun part of the event for me!